We live on a radioactive planet bombarded with cosmic rays and high-energy neutrons. These cause two big problems. First, single-event-effects (SEE) including single-event-burnout (SEB) and single-event-gate-rupture (SEGR) whereby a high-energy particle can cause a bit to flip in a memory or a flop to change its value or device destruction. This can obviously cause the entire system to malfunction temporarily or fail irreparably.

A second effect is that the build up of the dose of radioactive particles can cause threshold shifts in the transistors which can result in long-term reliability issues. Since there is less protection from the earth’s magnetic field, this is especially a problem with space-borne systems and even avionics but any devices with very long planned lifetimes, such as the 20-year lifetime for automobiles, needs to be concerned about this. In sub 28nm process technology nodes used for commercial applications like high end servers, design teams are increasingly paying attention to SEE even in a terrestrial environment as very little energy is required to flip a bit.

Silvaco can model these effects from what is, in effect, first principles. In addition, recently declassified technology for measuring threshold shifts allows the long-term effects to be analyzed accurately. Besides soft error reliability and total dose analysis, Silvaco’s TCAD simulation also supports aging effects such as NBTI and HCI.

TCAD forms the foundation of radiation analysis, building up a model of the device from the process recipes. Some modeling can be done at the TCAD level but analysis of more than a single device is best done by using the TCAD modeling to create SPICE models and then analyzing at the circuit level. Silvaco’s model extraction capability creates a bridge between the TCAD and SPICE simulation worlds. Post-radiation (or aged) compact models can be created, such as modeling the circuit for how it might be expected to behave after a decade. In addition, mixed TCAD and SPICE mode simulations can be run so that a radiation strike analyzed in TCAD on a single device can be propagated through for analysis as part of a SPICE circuit simulation. 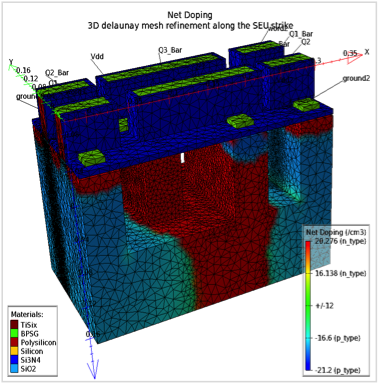 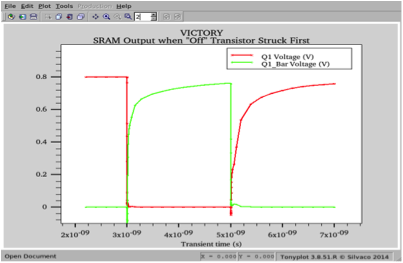 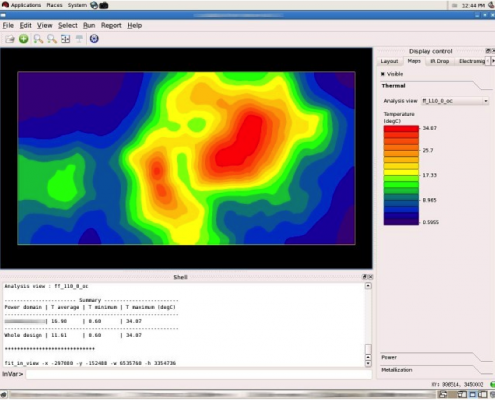