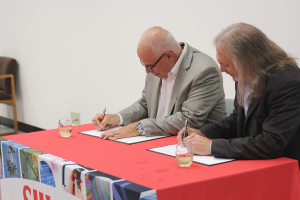 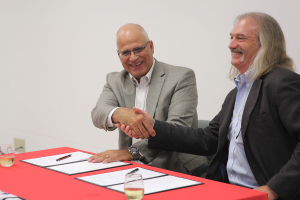 Santa Clara, California – June 3, 2016 – Silvaco, Inc., today announced the acquisition of IPextreme, a leader in the field of semiconductor intellectual property (IP) commercialization and IP management, and the formation of a new IP division to be headed by IPextreme founder and CEO Warren Savage. Silvaco enters the IP market with an initial focus on enabling large semiconductor companies and small to midsize IP development companies to monetize their captive IP assets and bring high quality, production- proven IP to the global semiconductor market.

According to researcher MarketsandMarkets, the semiconductor IP market is forecasted to expand at greater than 10% CAGR between 2016 and 20221 . Driving factors for this growth include increasing demand for advanced SoCs in the consumer and automotive sectors, emergent IoT ecosystem, and related increased investor and government funding. However, to date the IP market has been predominately served by providers who engineer and market their own IP, or form the expertise to do so by way of acquisition. Only a small portion of the IP created through billions of dollars of R&D expenditures by semiconductor companies have been made commercially available.

IPextreme innovated with a unique IP management system and infrastructure for semiconductor makers to unlock their IP assets and deliver captive IP to the market. Founded in 2004, IPextreme has worked with the largest semiconductor companies in the world, including Freescale, Infineon, NXP® Semiconductors, National Semiconductor, and Texas Instruments. By bringing its worldwide resources and additional investment to the new division, Silvaco will accelerate this potent source of proven technology reaching the market.

“The combined forces of NXP and Freescale bring together a huge amount of valuable technology that can be monetized through an IP model. Both companies have had a long relationship with IPextreme, who pioneered this business concept,” said Johan Van Ginderdeuren, Director Technology Licensing of NXP Semiconductors. “We look forward to deepening our cooperation with Silvaco in the future.”

“The silicon-validated IP portfolio from IPextreme is particularly strong in the IoT and automotive areas, markets where Silvaco has also experienced tremendous growth” said David L. Dutton, CEO of Silvaco. “Combining this IP with our EDA software portfolio creates a synergistic utilization of Silvaco’s global infrastructure. IP is a natural growth area for Silvaco and enables us to work even closer with our customers and earlier in the IC design cycle.”

The acquisition also brings IPextreme’s patent-pending IP fingerprinting and chip-level DNA analysis software to Silvaco. These products enable semiconductor companies to insure they are compliant with contractual IP obligations, and IP providers to protect their assets.

“IPextreme pioneered the concept of a partnership framework, building sales, marketing and engineering channels to deliver semiconductor company captive IP and IP from 3rd party providers to the market,” said Warren Savage, former IPextreme CEO and new G.M. of Silvaco’s IP division. “With our now larger reach, resources, and great synergies between the IP and EDA software tools, I look forward to building the IP business at Silvaco.”

Silvaco, Inc. is a leading EDA provider of software tools used for process and device development and for analog/mixed-signal, power IC and memory design. Silvaco delivers a full TCAD-to-signoff flow for vertical markets including: displays, power electronics, optical devices, radiation and soft error reliability and advanced CMOS process and IP development. For over 30 years, Silvaco has enabled its customers to bring superior products to market at reduced cost and in the shortest time. The company is headquartered in Santa Clara, California and has a global presence with offices located in North America, Europe, Japan and Asia.