At our SURGE Santa Clara event in October, Cameron Fisher, CEO of Mobile Semiconductor described their experience in adopting SmartSpice as their characterization engine for creating the database for their Trailblaze™ memory compiler software. Below is a summary of his talk.

There were a number of simulation challenges and analysis criteria that needed to be met for a successful characterization flow: 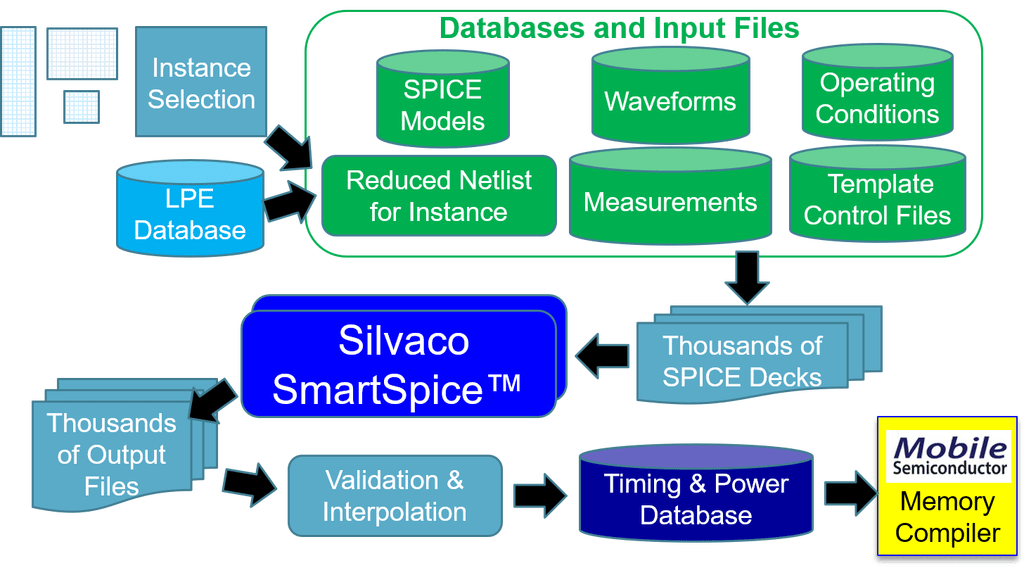 SmartSpice had the essential ingredients for a successful memory characterization flow:

An example characterization by Mobile Semiconductor of a 22nm SRAM instance illustrates the various measurements and tests that are done by SmartSpice to produce a Liberty file with over 200 parameters and 100 CCS constructs:

Thousands of simulations are run with hundreds of .measure statements to reveal circuit limitations and performance corners during the characterization process. The SmartView tool from Silvaco can combine, compare, and analyze these measurements and illustrate waveform behavior for detailed debug of any circuit. 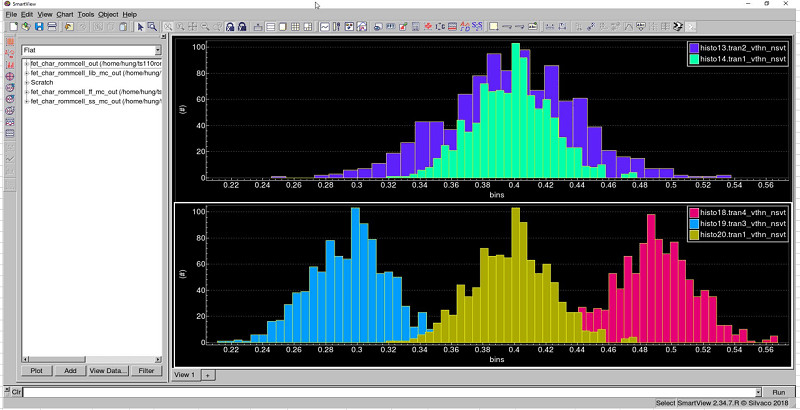 Mobile Semiconductor reduced the cost of its  characterization environment and at the same time added more simulation licenses to take advantage of parallel processing.

Mobile Semiconductor improved characterization times by 50%, experienced an easy transition from a legacy simulator flow, and improved speed and quality of circuit debug with SmartSpice and SmartView. It found Silvaco’s solution to be an excellent value in terms of easy integration, debug run time, and total cost of simulation combined with great support by Silvaco application engineers. Mobile Semiconductor will be using SmartSpice and SmartView for all future memory complier development.

Customer Interview: Why I Rely on SmartSpice
Scroll to top