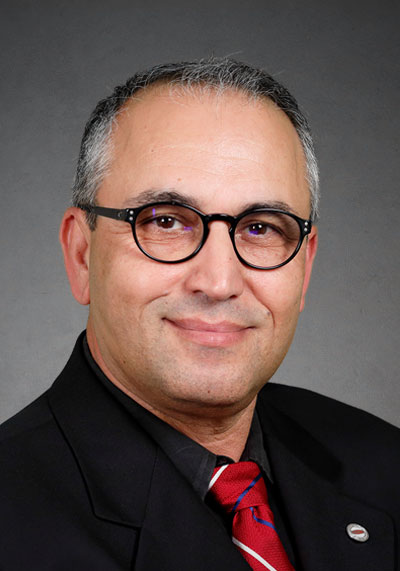 CEO/CTO and Board Member

Babak Taheri is the CEO/CTO and member of the Board of Directors at Silvaco Inc., a leading provider of TCAD, EDA, and design IP software. He began his career at Silvaco as chief technical officer and executive vice-president of products. Previously, he was the CEO / president of IBT working with investors, private equity firms, and startups on M&A, technology, and business diligence.

He also held VP/GM roles at Cypress Semiconductors, Invensense (now TDK) and key roles at SRI International and Apple. He received his Ph.D. in biomedical engineering from UC Davis with majors in EECS and Neurosciences, has over 20 published articles and holds 28 issued patents.

Prior to joining Silvaco, Greg served as the Vice President, finance of Onto Innovation from October 2019 to June 2021 where he oversaw Onto Innovation’s Financial Planning, Revenue, and Treasury activities. From December 2017 until its merger with Rudolph Technologies, he served as the Interim CFO at Nanometrics. Prior to his role as Interim CFO, he held the role of Vice President, Corporate Controller. He has also held senior finance roles at Intevac, 2WIRE, Hewlett Packard, Mercury Interactive and Applied Materials.

Mr. Swyt holds a BS in Finance and an MBA from San Jose State University. Prior to starting his career in Finance, Mr. Swyt was enlisted in the US Navy. 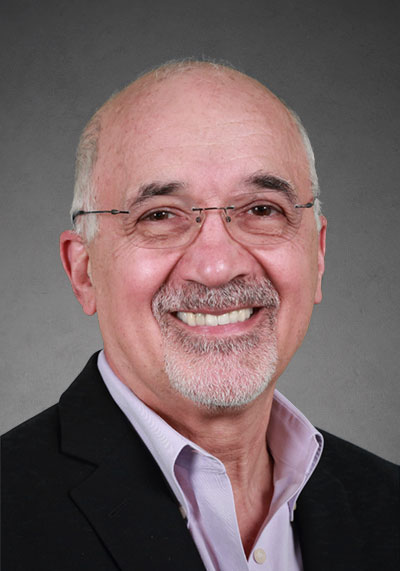 Farhad joined Silvaco in January 2020 with 20+ years of experience in strategic marketing, corporate communication, product management and business development in Electronic Design Automation market. Most recently he led marketing at Synopsys for Analog/Mixed-signal simulation and Custom IC design products. Before that he held various senior marketing positions at LogicVision, Synopsys and Cadence.

Farhad holds a BSEE and MSEE from university of Tulsa, Oklahoma. 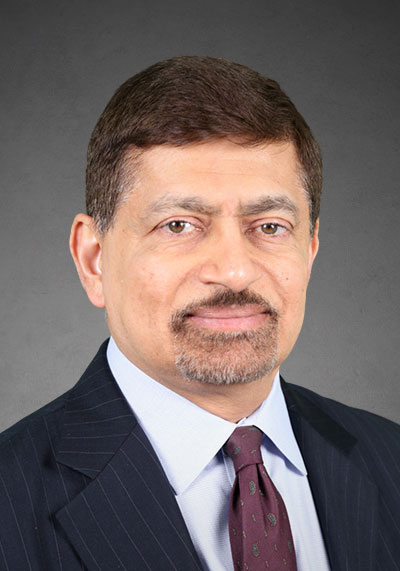 Dinesh Bettadapur was named the Vice President of Sales for the Americas and the European countries in May 2019. He is well-known in the semiconductor industry with more than 20 years of general management, sales, business development, and operational experience spanning global companies such as Intel and ASML as well as multiple Silicon Valley start-ups. Most recently he held the position of vice president of business development at Coventor. Dinesh has established a proven track record of driving significant business growth and forging long-term business relationships with the world’s leading IDMs, foundries, fabless companies, mask suppliers, and capital equipment companies. Dinesh holds a BS in Electrical Engineering from R.V. College of Engineering in Bangalore and an MS in Electrical Engineering from Virginia Tech. 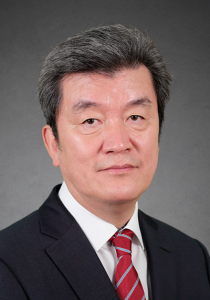 Man-Gyu Hwang had over twenty five years semiconductor EDA and TCAD software industry experience, the company that has been served since 1994 as of president of Silvaco Korea Co., Ltd in the field of semiconductor software marketing and sales.

With his experienced and management, Silvaco Korea Co., Ltd has become number one leading providers of flat panel display software solution in Korea and also other novel semiconductor technologies as well. He holds a BS. Master of Business Administration in University of Hanyang.

Sharon Fang is a seasoned executive with a distinctive combination of sales, marketing, strategic thinking and operational skills, successful track record and driving revenue growth as both an individual contributor and sales manager in EDA. Sharon currently serves as General Manager for Silvaco China. In her role as head of China region, Sharon is putting together the necessary processes and infrastructure to streamline the sales process, empowering individuals and teams to maximize value to customer as well as ROI. The China organization is focused on helping drive customer success through the use of Silvaco TCAD-to-sign off solutions, modeling services, IP management & compliance software while driving business growth for the company.

Sharon holds a bachelor of Art degree from Southwest China Normal University and an MBA degree from Saint Mary’s College of California. 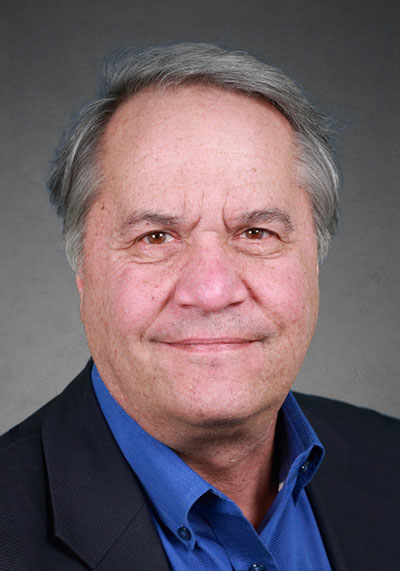 Jeff Elias is responsible for managing all semiconductor design IP business at Silvaco including relationships with foundries and other IP partners. He joined Silvaco in June 2017 as a business advisor before taking on his current role in December 2019. He has more than 20 years of global experience in semiconductors, systems, and software as a sales and marketing executive, with positions at Transpacific IP Group, Spin Transfer Technologies, FSA Technologies, SIVRAL, Foveon, and MOSAID.

Jeff holds a BSEE from the University of Michigan and an MBA from the Leavy School of Business, Santa Clara University. 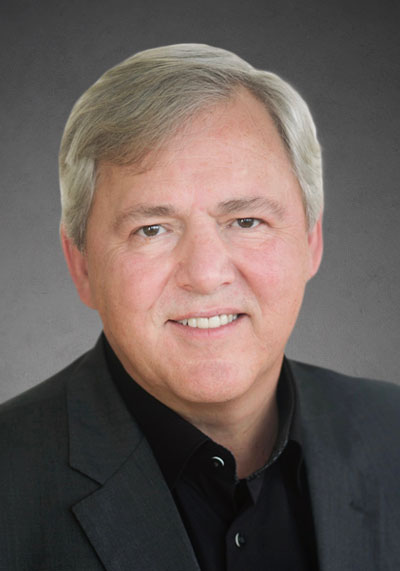 Thomas F. Blaesi is Vice President and General Manager of the EDA Business Unit. He is responsible for managing the development of all EDA tools including analog customer design, circuit simulation and SPICE modeling. Thomas joined Silvaco in October 2017 and held the position of Vice President of Global Marketing until December 2019. He has more than 25 years of experience in corporate strategy, business development, and marketing in semiconductor, and electronic design automation industries. He has led major projects in SoC platform-based design, system-level design, and design for manufacturing in addition to hands-on experience in custom and semi-custom chip design and development.

Most recently, Thomas was the managing partner at Zeema Technologies. Before that, he served as CEO of Chipvision, and held various senior business and technical positions at Cadence, Synopsys, and LSI Logic. 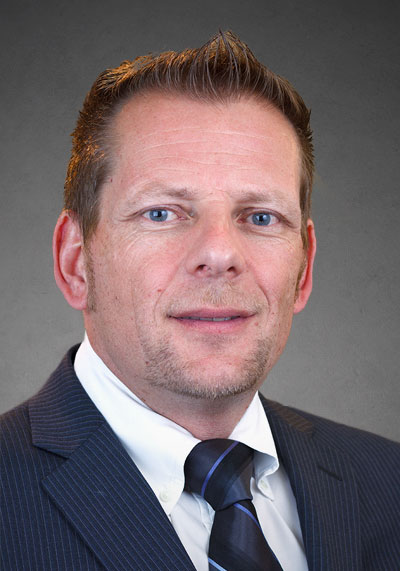 Dr. Eric Guichard is Vice President of Silvaco’s TCAD Division. He is responsible for managing all aspects of the TCAD division from R&D to field operations. Since joining Silvaco in 1995, he has held numerous positions including director of Silvaco France and most recently Director of Worldwide TCAD Field Operations. Prior to joining Silvaco, Guichard was a senior SOI engineer specializing in transistor and circuit aging at LETI and Thomson Military and Space. 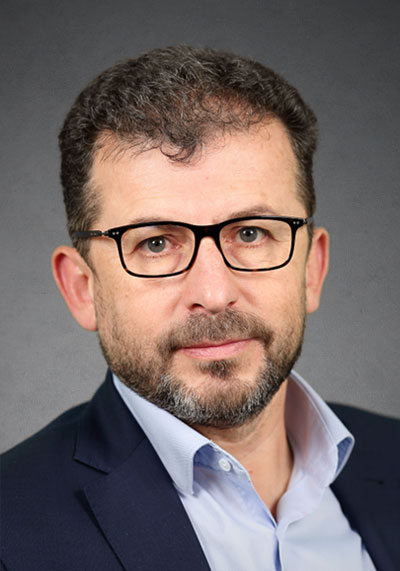 Dr. Firas Mohamed is Vice President of Advanced R&D and General Manager of Silvaco France. Firas has over twenty three years experience in the EDA industry. The beginning was by developing a complete model-based test & diagnosis system for analog and mixed-signal circuits during his PhD years. A major step of his career was in 2005 where he was Prizewinner of the French National Competition rewarding innovative technologies, which led him to the creation of Infiniscale S.A. He served as President & CEO until its acquisition by Silvaco in 2015. Firas started his professional career at Mentor Graphics with the SPICE  simulation team, where he was in charge of the modeling and optimization environments. In 2000, Firas took over the CAD technology development department of MEMSCAP S.A.

Firas holds a computer science engineer degree from HIAST, the Higher Institute of Applied Sciences and Technology of Damascus and a PhD in Microelectronics from INPG, the National Polytechnic Institute of Grenoble in France. 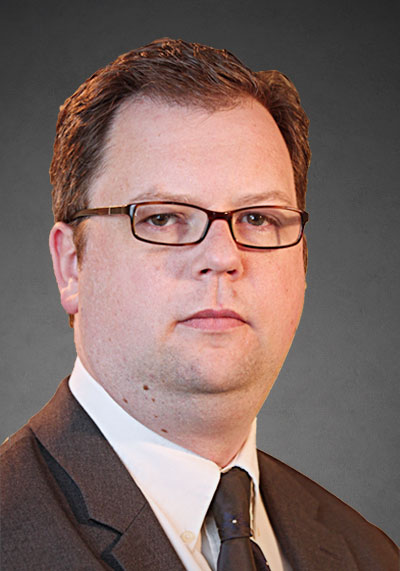 Brian Bradburn is Vice President of Operations at Silvaco. He is responsible for the Development Operations, Quality, Licensing, and IT infrastructure across all Silvaco offices.

Since joining Silvaco in 2001, he has held numerous positions in the engineering and development divisions helping to drive the design, development and vision of the EDA products.

Prior to joining Silvaco, Bradburn implemented and managed software programs for various companies in the banking, nuclear and government sector. Bradburn holds a B.S. in Physics from the University of Salford.

Jay Bart serves as vice president of Global Human Resources. He brings over 25 years of HR leadership experience to the Silvaco team. Prior to joining Silvaco, his leadership positions ranged from mid-size to large global companies in industries including technology, manufacturing, financial, pharmaceutical, hospitality, and petroleum.

Currently, Jay leads a global team of HR professionals in seventeen locations. Jay holds a BS in Hospitality Management from the Florida International University, MSc in Homeland Security from San Diego State University, and currently is a PhD candidate in Information Systems & Technology.